PRIDE on the Chesapeake:

An Underway Education Adventure Aboard Pride of Baltimore II

“Pride on the Chesapeake” is Pride of Baltimore’s experiential education program under sail, designed to align with Maryland Voluntary State Curriculum.

The half-day (2-4 hour) underway experience engages sixth through tenth graders in a combination of science, technology, engineering, math, and history (STEM+H.) The vessel can accommodate 30 participants at a time (including students, teachers, and chaperones) and can depart from a number of docks throughout the Chesapeake Bay, including the Baltimore harbor.

We also have the ability to extend the experience to 60 participants through partnerships with a number of shore-side facilities, including Fort McHenry National Monument and Shrine, Fells Point Preservation Society, and the United States Naval Academy. 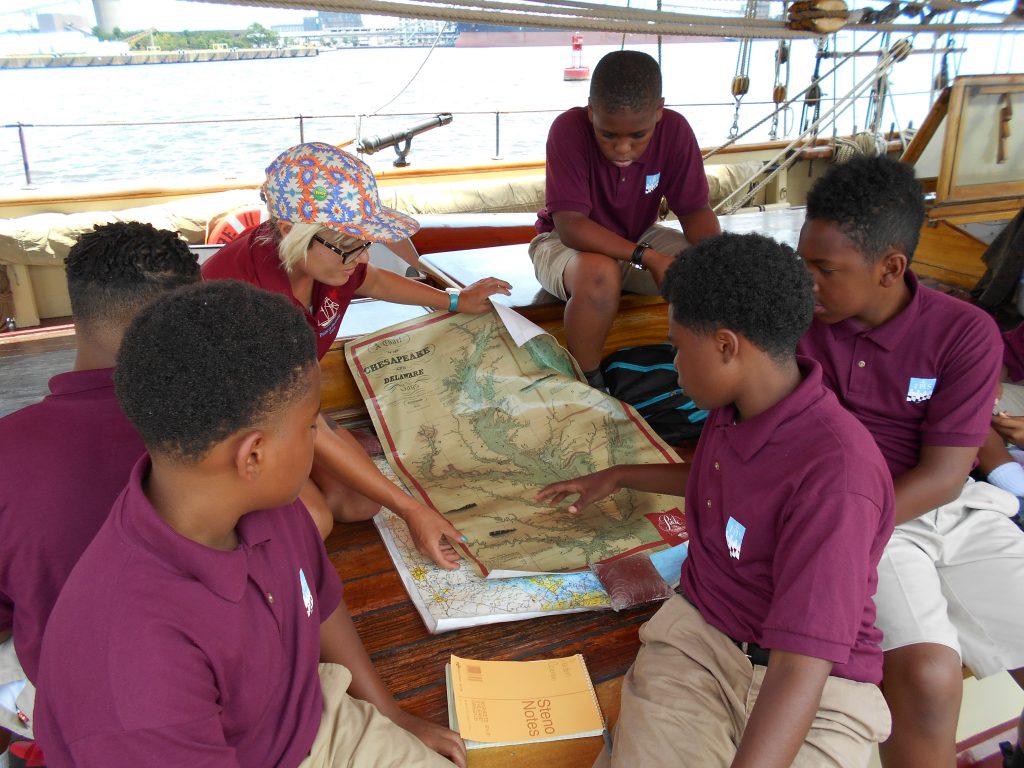 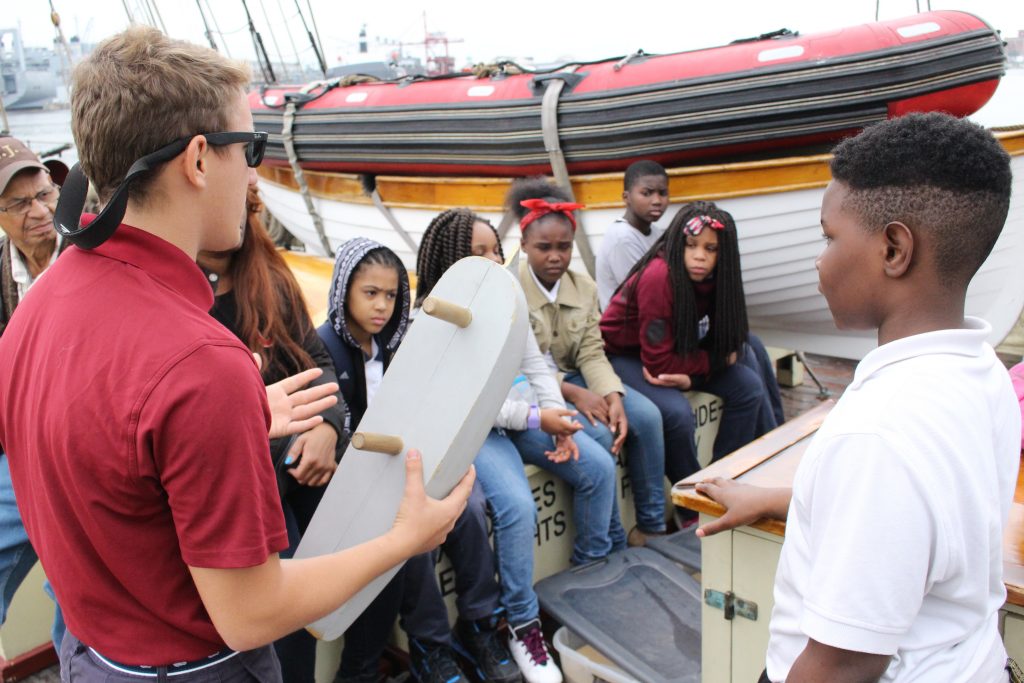 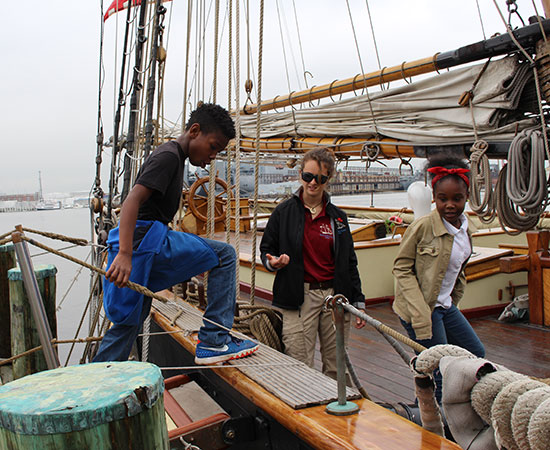 Maryland’s War of 1812
Investigates the different viewpoints of citizens about declaring war on England, and explores the specific actions that took place in Maryland, including the Battle of Baltimore. (Maryland State Department of Education/Voluntary State Curriculum: Social Studies 5.C.2.b)

Privateer Sailors
Illustrates the role of the sailors who volunteered to serve aboard the privately owned Baltimore ships, called privateers, which were so successful against the British invasion. Students participate in teamwork exercises using ropes and pulleys. (Maryland State DOE/Voluntary State Curriculum: Social Studies 5.B.4.b)

Defining the Bay
Highlights the contrasts between the Chesapeake Bay as the first settlers knew it, and the Bay we now live and sail on. This station depicts the changes in infrastructure and how the winding rivers of the Chesapeake helped shape the Baltimore Clipper hull. (Maryland State DOE/Voluntary State Curriculum: Social Studies 3.B.1.b)

Problem Solving
Students experiment with the elements of resistance and air-flow that make all sailing vessels move, with special focus on why the Baltimore Clipper was such a powerful innovation for nautical design. (Maryland State Department of Education: Maryland State STEM Standards of Practice, April 2012) 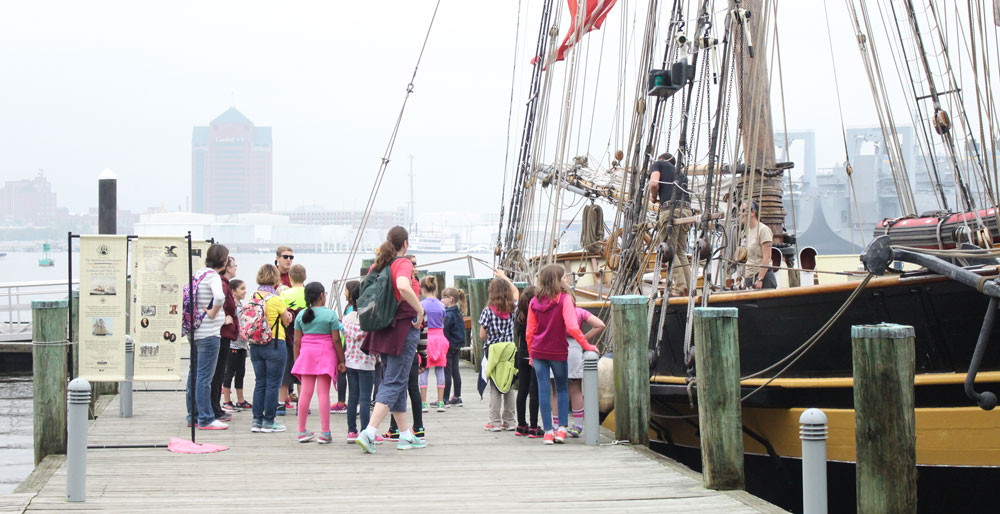