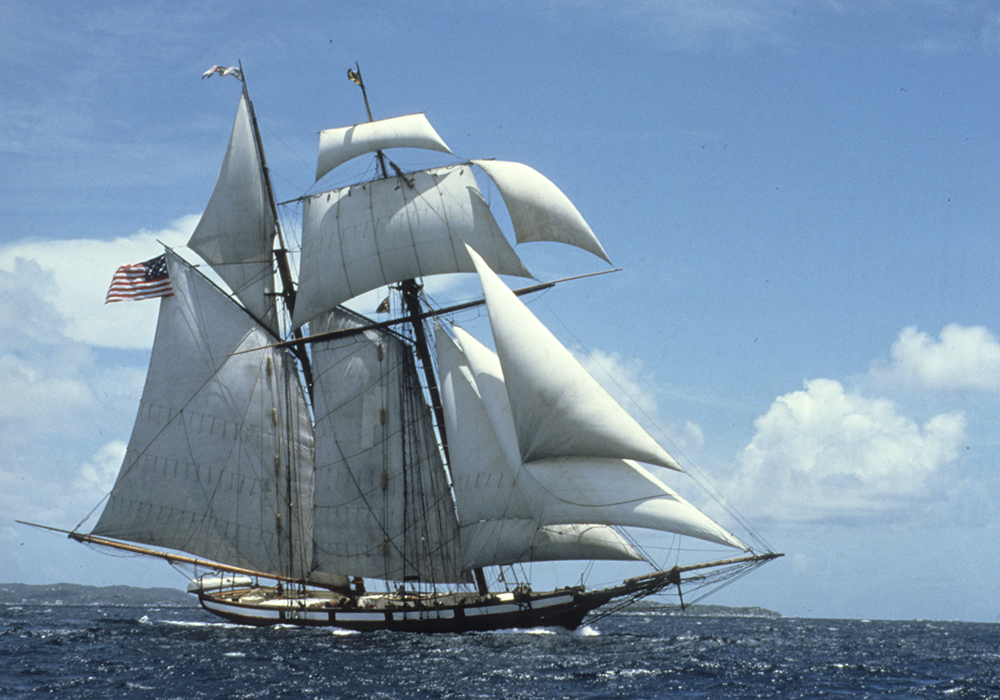 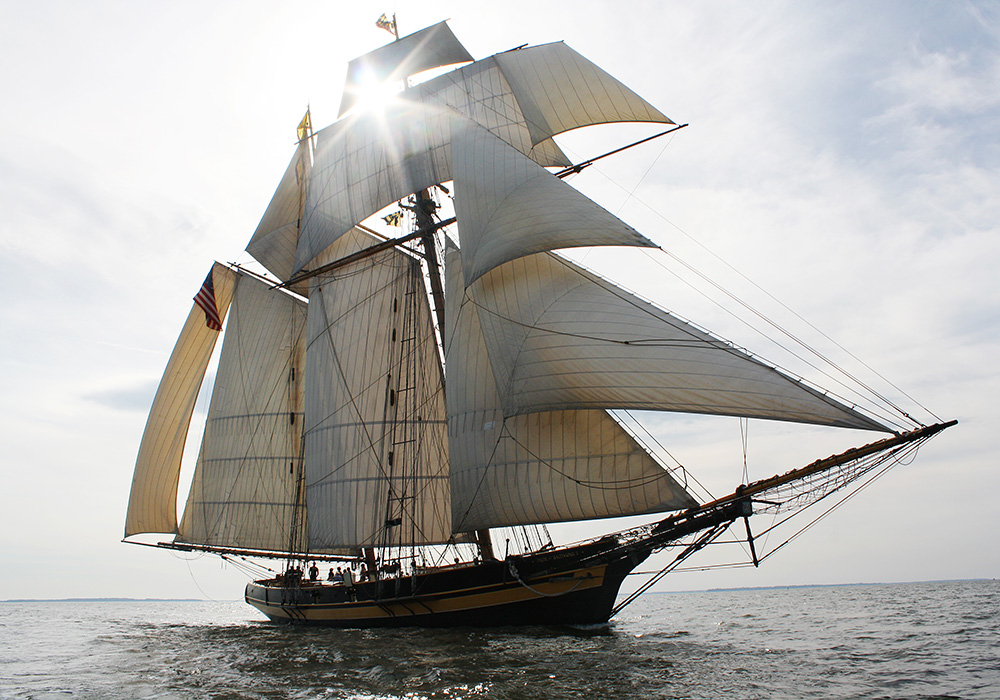 On deck, Pride II looks very much like Pride except that she is steered by a wheel rather than a tiller. Her sail plan is also similar. She looks and sails like what she is — a refined Baltimore Clipper topsail schooner. She would make the most jaded 19th-century ship builder proud.