Explore the story of the War of 1812 in Baltimore!

Take a trip back in time along the Star-Spangled Banner National Historic Trail to hundreds of sites throughout Maryland. A few local attractions are highlighted below. 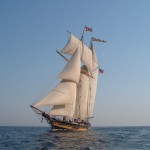 Pride of Baltimore II: This reproduction of a Baltimore schooner represents the sleek, daring “privateers” that were the life blood of the fledgling American nation during the War of 1812. Ships like Pride II were commissioned by the U.S. government to attack and capture British merchant ships during the war. They were extremely successful. Today, Pride II is berthed at Baltimore’s Inner Harbor when she is not sailing the world as Maryland’s Goodwill Ambassador.

Location:  Baltimore Inner Harbor. Check the ship’s schedule for specific locations and opportunities to come aboard. 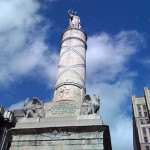 Battle Monument: The 52-foot-tall monument (the first substantial war memorial built in the US) was erected to commemorate the citizens of the city who fell during the Battle for Baltimore. The corner stone was laid September 12, 1815, the first anniversary of the Battle of North Point, and completed in 1829, when it became the official seal of the City of Baltimore. 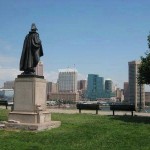 Federal Hill: During the War of 1812, Federal Hill served as a military observation post, signal station, and one gun battery. On the night of August 24, 1814, the glow from the burning of Washington DC is reputed to have been seen from here. This park features monuments to Lt. Col. George Armistead and Major Gen. Samuel Smith. 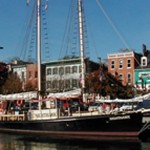 Fells Point Visitor Center: The British mounted their September 1814 attack on Baltimore to punish the city for its privateering industry, centered in Fells Point. 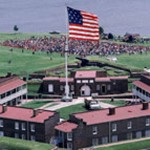 Fort McHenry National Monument & Historic Shrine: Fort McHenry served as the cornerstone of the water defenses of Baltimore during the Battle of Baltimore on September 12-14, 1814. It was over this fort that the Star-Spangled Banner flew, inspiring Francis Scott Key to write the words that became our National Anthem. “Orpheus,” a monument honoring Key that was created in 1914 to mark the centennial of the Star-Spangled Banner, is on the grounds of the fort. 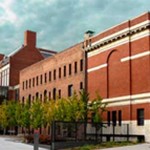 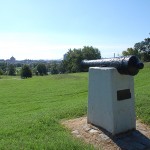 Patterson Park: Site of the Baltimore Gin Riot (1808) and Hampstead Hill/Rodgers Bastion (September 13, 1814) where a line of earthworks was erected to defend Baltimore. On September 13, 1814, the British were stopped in their tracks as they approached Baltimore. When British Col. Brook realized that the Royal Navy could not help take Hampstead Hill, he and his forces marched back to North Point where they re-embarked on their ships. 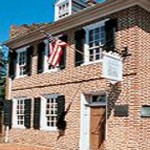 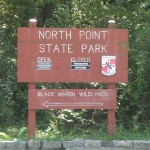 North Point State Park: Near here, at about 3:00 a.m. on September 12, 1814, the British debarked approximately 4,500 troops to attack Baltimore in concert with the naval attack on Fort McHenry. After defeating the Americans at the Battle of North Point, but failing to outflank the city defenses at Hampstead Hill, the troops withdrew and re-embarked here on September 15, 1814.